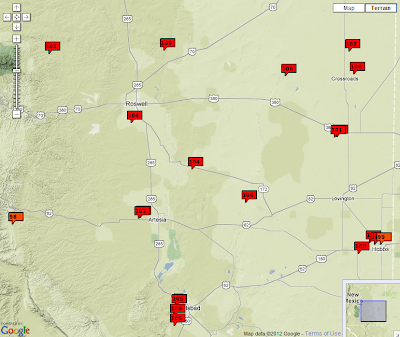 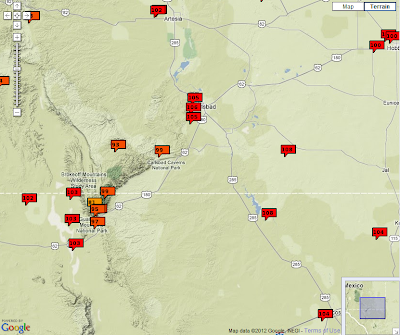 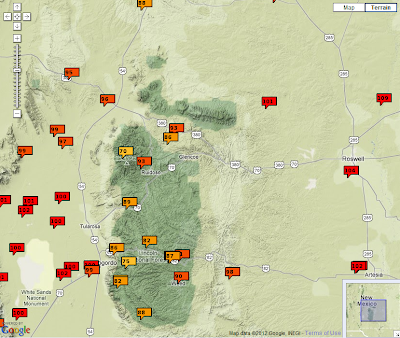 Maps Are Courtesy Of The NWS Mesonet Observations. 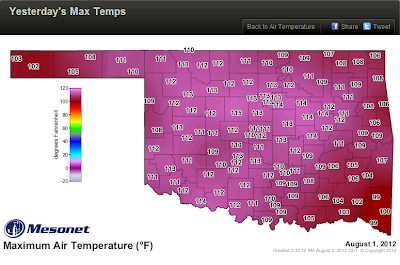 Today's forecast high temperatures range from 103 -106 across the local area. We should be a couple degrees hotter than yesterday's readings. Its possible that we may see a few stations reach or exceed 110. Friday is forecast to be just as hot as today. Saturday's may be a couple of degrees lower with highs generally around 102 - 103. Current forecasts are calling for highs Sunday in the upper 90's to near 100. Its possible that a few of us may tie or break our daily record high temperatures today and Friday. 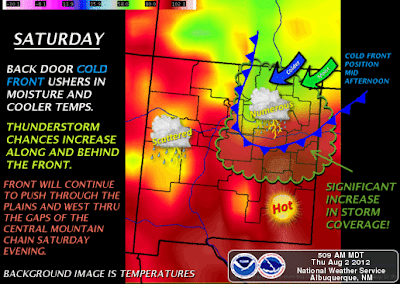 Temperature data is courtesy of- 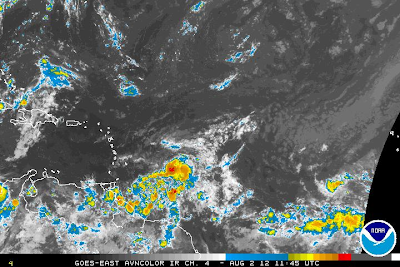 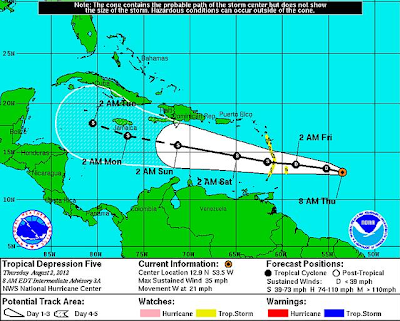 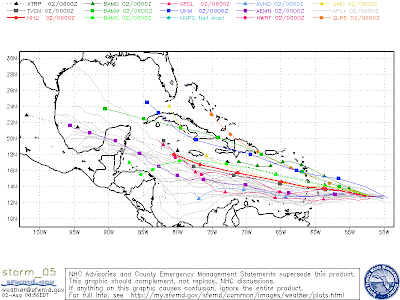 Poorly organized Tropical Depression #5 (to become Tropical Storm Ernesto?) was located about 505 miles east of the Windward Islands at 6 AM MDT. TD #5 is clipping along to the west at 21 mph. Maximum sustained winds are 35 mph and the central pressure remains steady at 29.77"/1008 MB.

TD #5 is fighting dry air and wind shear. These factors are inhibiting the storm from strengthening. It may increase enough to reach tropical storm strength sometime Friday. Should this storm hold together and not dissipate then it bears watching by around the middle of next week, as it gets close to entering the Gulf of Mexico, and possibly could strengthen into a Hurricane. First it has to survive its long trip across the Caribbean.