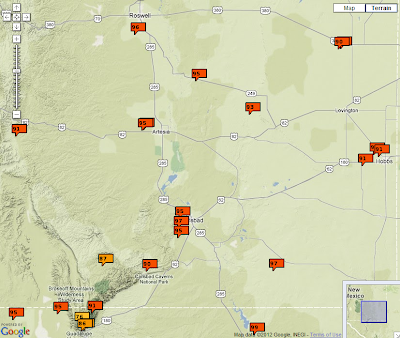 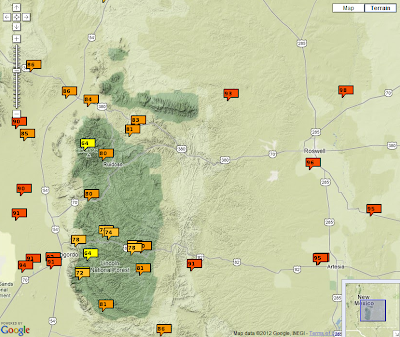 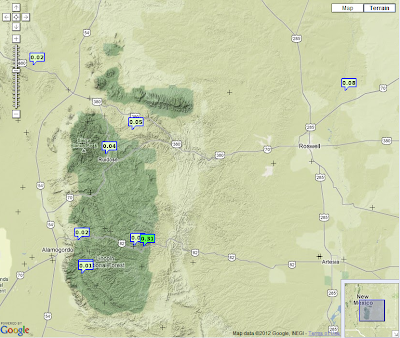 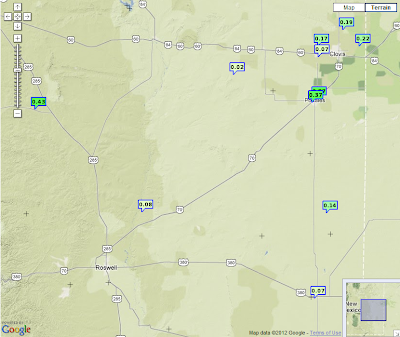 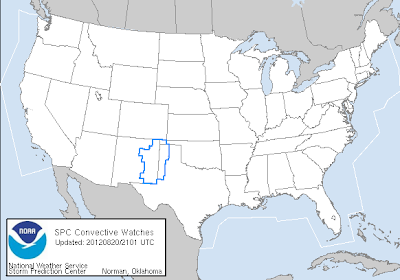 Sunday's highs were some 5-10 degrees warmer than Saturday's readings. Most of our local afternoon high temperatures readings ranged from 90 to 97. Today, and most of this week, we  will see similar readings. By Friday most of us will see the upper 90's, maybe a few spots even reaching the century mark once again.

Not a lot of overall change is expected with our local weather today into Wednesday. Widely scattered thunderstorms will pop up each day, first over the mountains by around noontime, and then over parts of the southeastern plains later in the afternoon. Most of us will not see much rainfall though due to the widely scattered nature of the storms.

By Thursday an upper-level trough of low pressure is forecast to drop into Arizona, and then move across northern New Mexico Friday into the upcoming weekend. This system will help to enhance our thunderstorm chances, especially over the mountains. With the additional lift, instability, and cooler temperatures aloft associated with this trough of low pressure, some thunderstorms will have the potential to produce locally heavy rains, localized flash flooding, and perhaps some hail, and strong wind gusts later this week.

Yet another cold front is forecast to enter the area by sometime around next Saturday night or Sunday morning. This front could help boost our chances for additional thunderstorms later next weekend.