A Few More Records Yesterday - Overall Not Much Change. 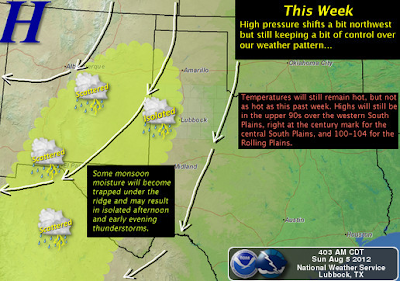 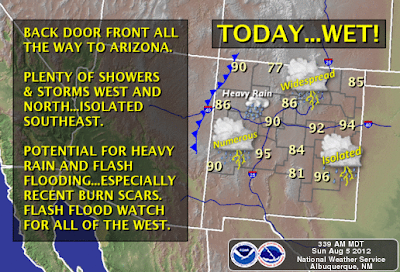 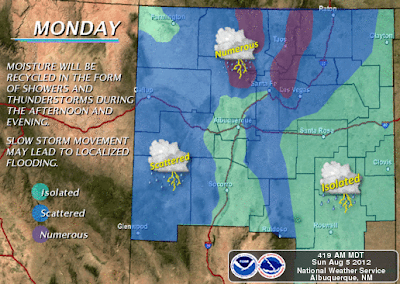 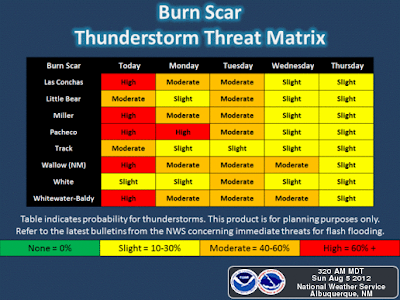 A weak backdoor cold front has worked its way into southeastern New Mexico this morning. A broken line of thunderstorms formed along and behind the front last night as it pushed slowly southward. As has been the case for much of this summer it appears that the heaviest rains managed to miss most of the rainfall networks scattered across southeastern New Mexico.

Overall, not a lot of change is forecast in our local weather today and continuing into most of next week. It will remain hot but not as hot as last week. Our afternoon high temperatures are forecast to range from the upper 90's to near 100 for most of the next five days.

As was the case yesterday widely scattered thunderstorms will pop up over the mountains each afternoon and dissipate by around midnight. Some of the stronger storms will be capable of dropping some respectfully moderate rainfall totals. Across the plains our chances of getting wet from a passing thunderstorm is much less. There will be a few storms out there each afternoon, but the overall coverage will be very sparse each afternoon this week. 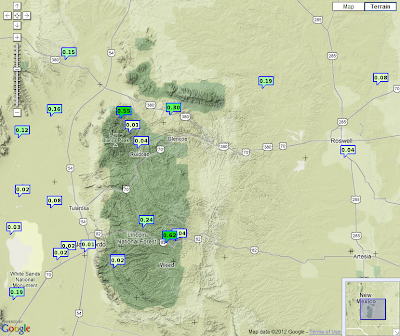 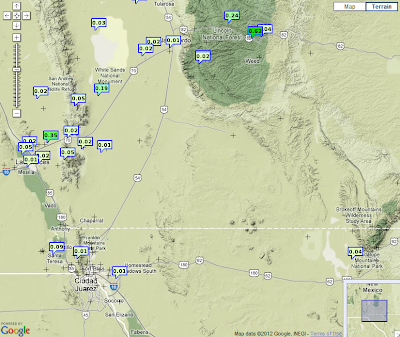 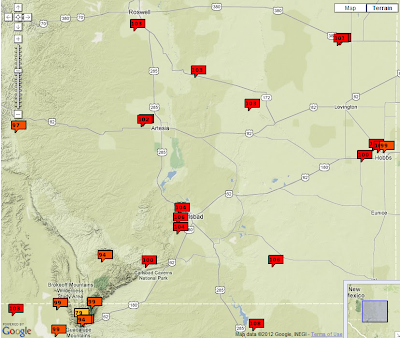 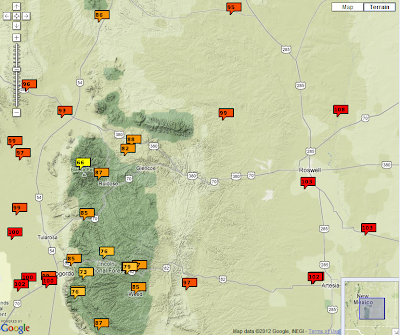