Yet Another Hot Day Today - Relief Is On The Way. 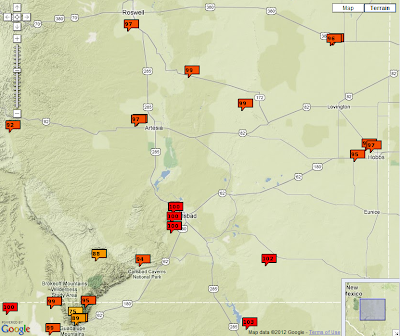 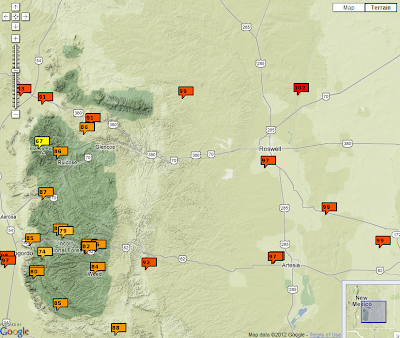 No break from the heat today or tomorrow either with our forecast highs today expected to range from the near 100 to the low 100's across the plains, and the mid 70's to the low 80's across the mountains. Our high temps will be about 5-degrees lower on Thursday.

Temporary Relief From The Heat Is On The Way. 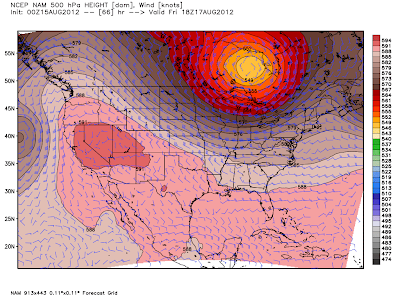 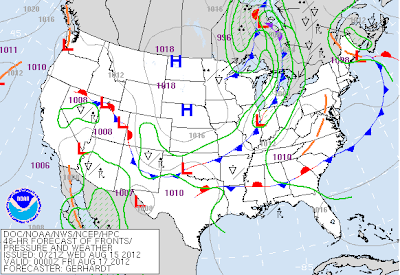 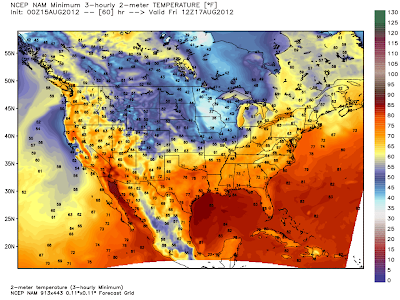 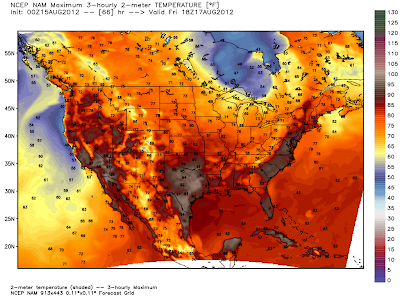 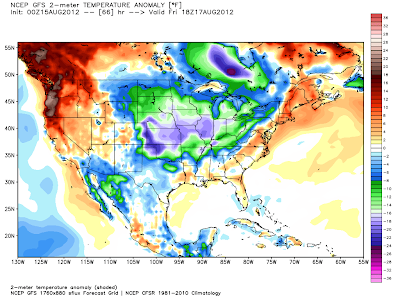 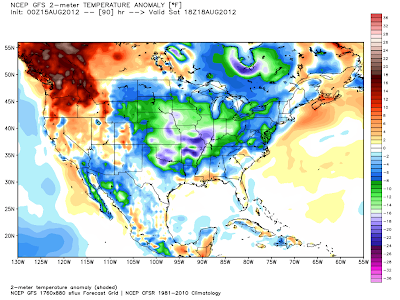 Temporary relief from the heat is on the way in the form of a cold front that is forecast to arrive in southeastern New Mexico either Thursday night or Friday morning. Our high temperatures are forecast to range from the upper 80's to the low 90's across the plains Friday into Sunday behind this next cold front. If enough rain falls across the area Thursday night and Friday, our high temps may be a little lower than currently is being forecast. 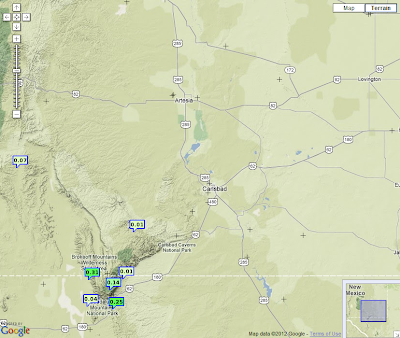 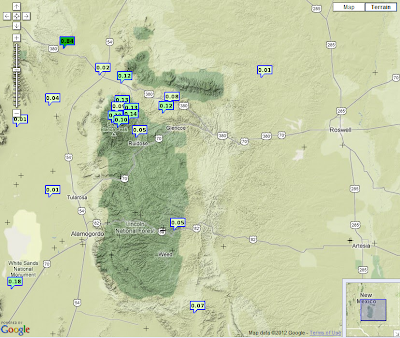 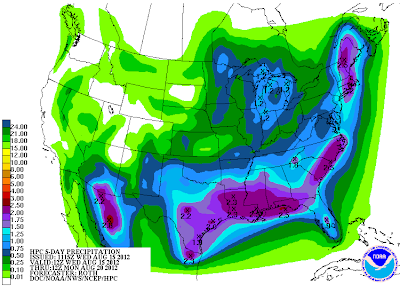 Widely scattered thunderstorms dotted the landscape yesterday afternoon and evening, and we should see similar activity again today. These storms have been very hit and miss in nature, with most of us remaining on the miss side of these storms as far as rainfall is concerned.

Scattered to numerous thunderstorms will fire up ahead of and behind the cold front Thursday afternoon as it moves southward down the eastern plains of the state. These storms will move into the local area Thursday evening, and some of these may persist into early Friday morning.

Flash flooding may also become a possibility across the local area, especially over and below the burn scar areas. Most flash flood deaths occur in automobiles and at night. Never attempt to drive across a flooded arroyo or small stream. Please remember the National Weather Service Slogan- Turn Around - Don't Drown.

There is a slight possibility that some of these thunderstorms may become severe Thursday afternoon into Thursday evening as the cold front approaches from the north. Damaging winds, and perhaps some hail could accompany some of the stronger storms.

Watching The Gulf Of Mexico. 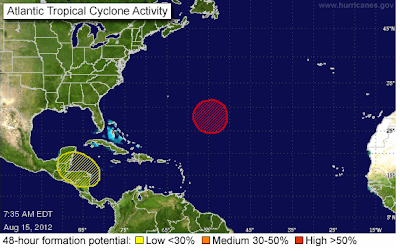 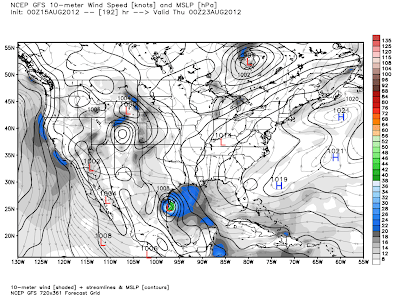 An easterly wave (remnants of former Tropical Depression #7) was located over western Honduras and the coast of Belize this morning. This easterly wave has a 0% chance of strengthening into a tropical storm over the next 48 hours. It is moving off to the west-northwest at 15-20 mph. This easterly wave is forecast to cross over the Yucatan Peninsula and into the Bay of Campeche by late this weekend.

The GFS model has been forecasting this easterly wave to strengthen into a Tropical Storm in the western Gulf of Mexico by next week, for the past couple of days. At this point and time its up in the air as to whether or not this model forecast will pan out. But this potential bears watching over the next week.