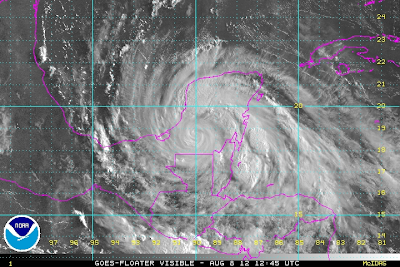 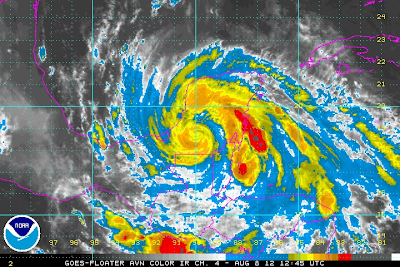 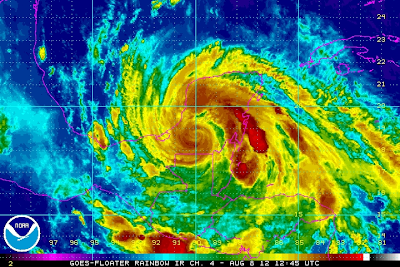 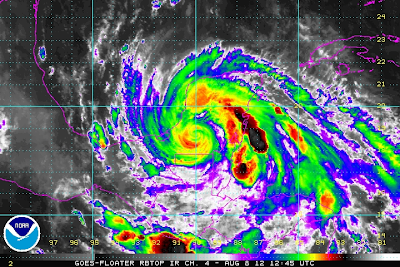 Satellite Images Of TS Ernesto At 6:45 AM MDT. 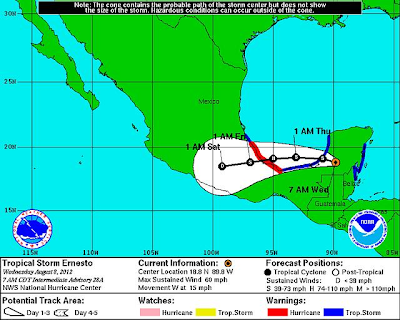 Tropical Storm Ernesto finally reached Hurricane status last night at 9 PM MDT, right before he made landfall near Mahahual, Mexico on the Yucatan Peninsula. At that time he had sustained winds of 85 mph with gusts to 105 mph. His central pressure had dropped down to 28.94" or 980 millibars.

As of 6 AM MDT this morning, Tropical Storm Ernesto was located 90 miles south-southeast of Campeche, Mexico. He was clipping along to the west at 15 mph. His central pressure had risen to 29.23" or 990 millibars. Ernesto had sustained winds of 60 mph with higher gusts.

Ernesto is forecast to continue westward and is expected to reemerge out over the Bay of Campeche tonight. He has the potential to strengthen to a Hurricane once again before making a second landfall along the Mexican Coast late Thursday or on Friday.