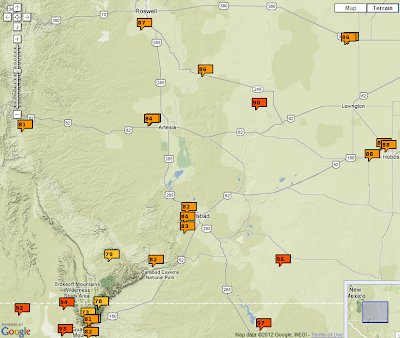 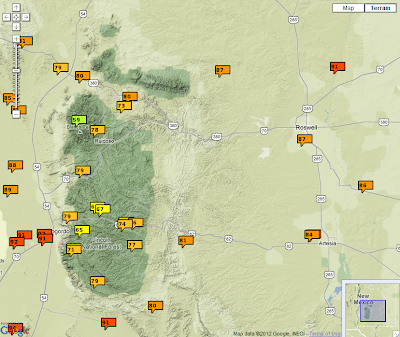 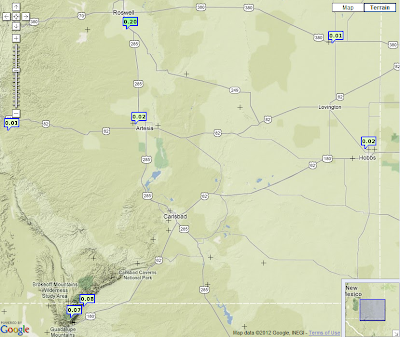 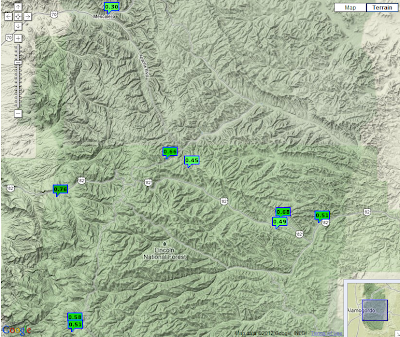 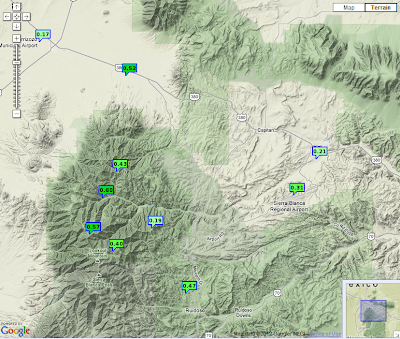 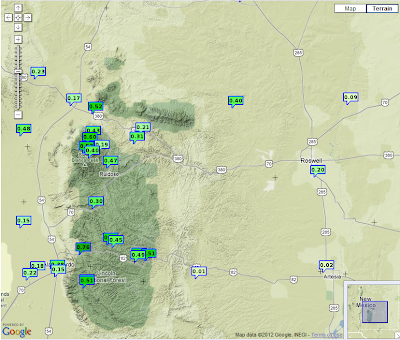 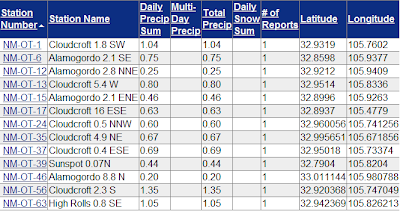 Sometimes mother nature throws us a curve ball, that's what happened yesterday when a thick deck of mid-level clouds blanketed southeastern New Mexico, and kept our high temperatures from climbing up to forecast levels (the low-mid 90's). Most of the southeastern plains saw highs in the low-mid 80's, while the Sacramento Mountain communities saw highs in the upper 60's to the mid 70's. 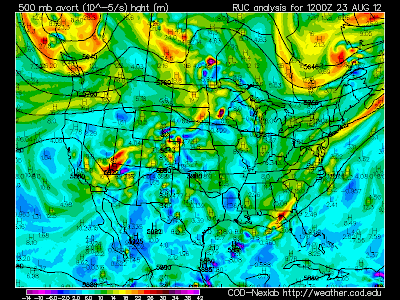 An upper-level trough of low pressure is centered over northwestern Arizona this morning. This trough is expected to move eastward into New Mexico tonight and Friday. This disturbance will provide additional lift and instability, combined with a surface trough of low pressure that is draped across eastern and southeastern New Mexico, to fire up scattered to numerous thunderstorms today into Friday. Our best chances for thunderstorms across the southeastern plains will occur on Friday. Our chances for seeing measurable rain are generally in the 20% - 50% range. 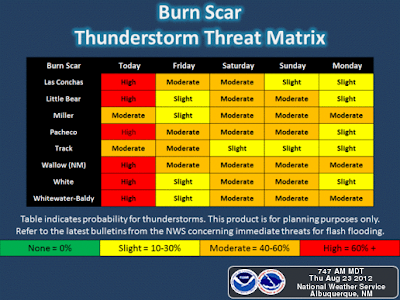 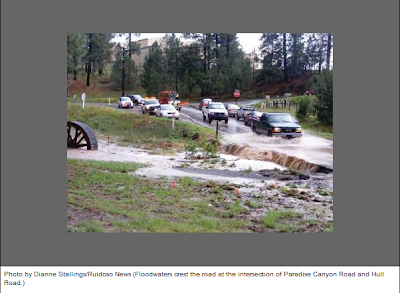 For More On This Story Please Visit - Ruidoso News.

Areas to our west will have the best chances of seeing rainfall, especially over the mountains westward. Some of the heavier thunderstorms will be capable of producing locally heavy rainfall, along with localized flash flooding, especially over and below the burn scar areas. The strongest storms may also produce wind gusts or 50 mph or higher, and deadly cloud to ground lighting. Hail cannot be completely ruled out with the stronger storms either as the mid-upper levels of the atmosphere cool with the approaching trough of low pressure.

A Flash Flood Watch remains in effect for Lincoln County, as well as across the western one-third of the state into tonight. Rainfall rates from some thunderstorms in these areas could fall at the rate of 1.50" to 3.00" per hour. Please remember to never attempt to cross a flooded stream or normally dry arroyo. Most flash flood deaths occur in vehicles and at night.
TURN AROUND - DON'T DROWN!