Good Chance Of Getting Wet Into The Weekend. 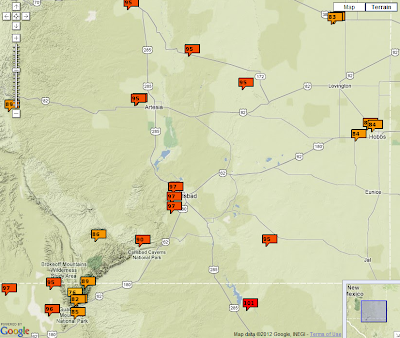 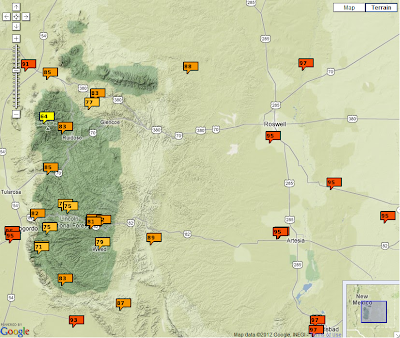 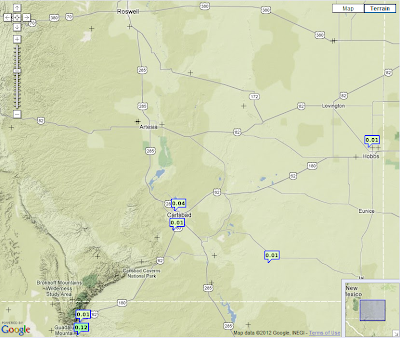 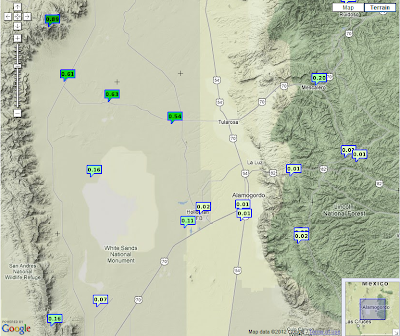 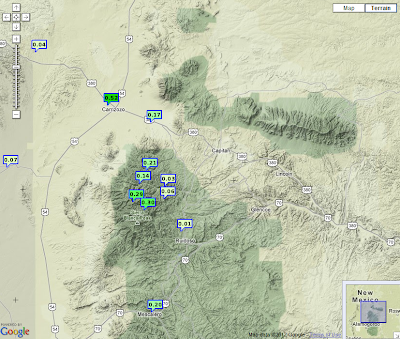 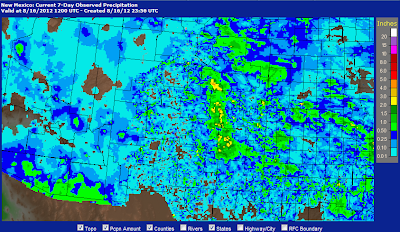 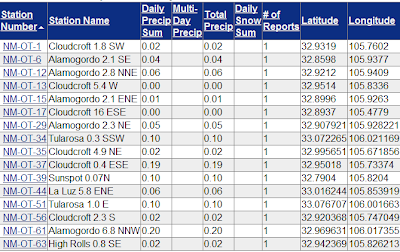 Thunderstorms fired up over the Sacramento Mountains yesterday afternoon, and along the cold front draped across the southeastern plains later in the afternoon. Some of these storms produced some heavy rainfall based on radar returns, but most of these heavier storms manged to miss the reporting rain gauge networks.

Good Chance Of T-Storms Today Into The Weekend. 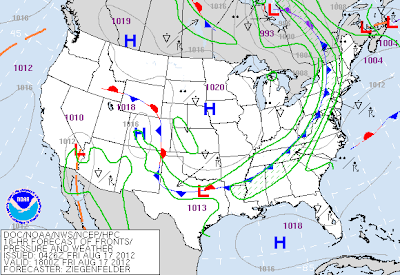 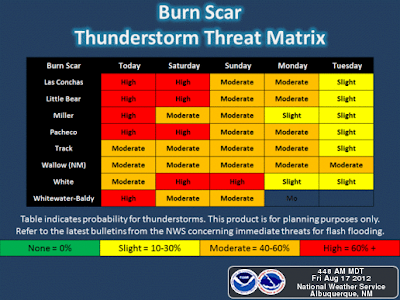 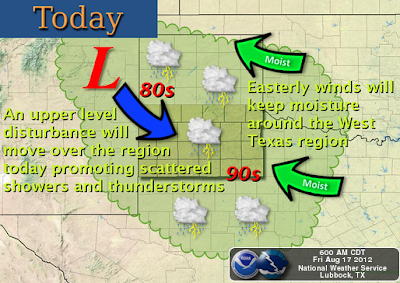 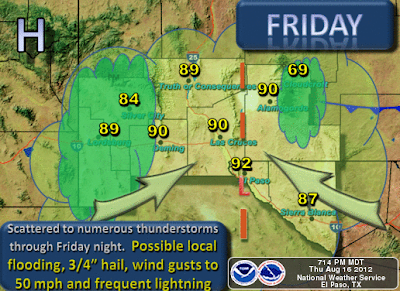 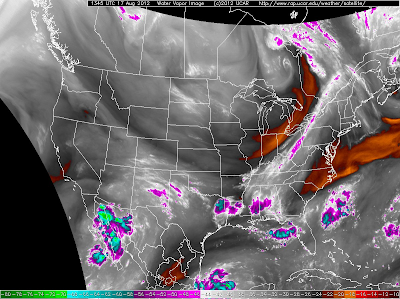 Thunderstorms should become fairly numerous this afternoon into the weekend. An upper-level disturbance will move southeastward and into the area today into tonight. A stationary frontal boundary is bisecting the southeastern plains and west Texas. Low-level moisture is streaming northwestward into the area from the Gulf of Mexico, while mid-upper level moisture is streaming northeastward into the area from the Baja Region. These factors combined with strong afternoon heating will all help to develop thunderstorms over the area. Some of these storms may last well into the night, possibly lasting into early Saturday morning.

Locally heavy rainfall may cause some localized flash flood problems today into the weekend, and this will be especially true over, and below the burn scar areas in the mountains. Some rainfall totals may exceed 1" - 2" by the end of the weekend. Our synoptic setup is one of the better ones that we have seen in awhile, so hopefully by the end of the weekend ,most of us will have received some beneficial rainfall. 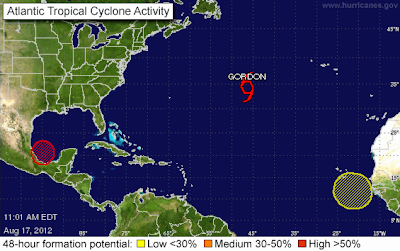 Map Is Courtesy Of The NHC. 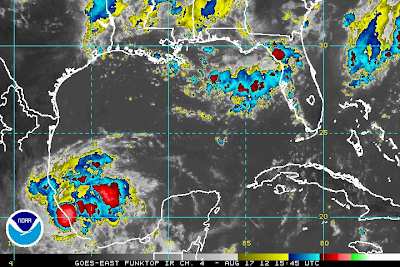 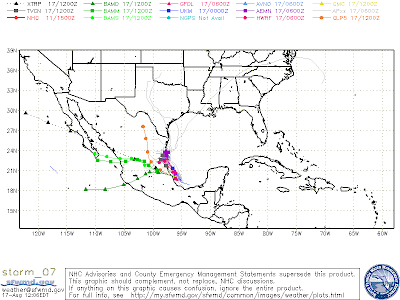 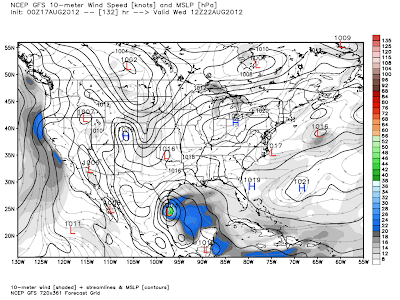 My Web Page Is Best Viewed With Google Chrome.
on August 17, 2012
Posted by Wendell Malone