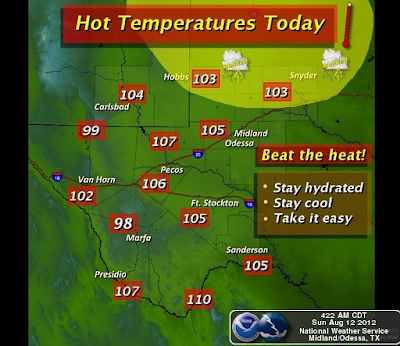 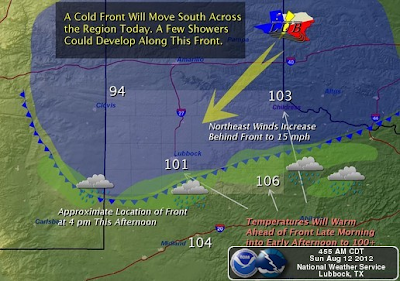 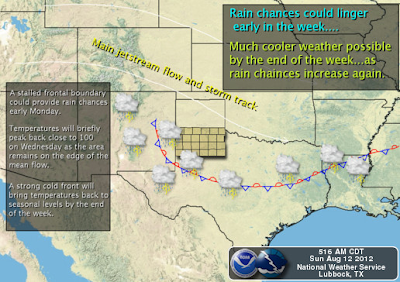 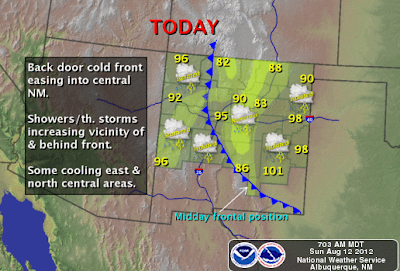 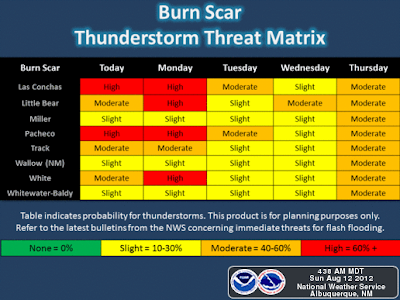 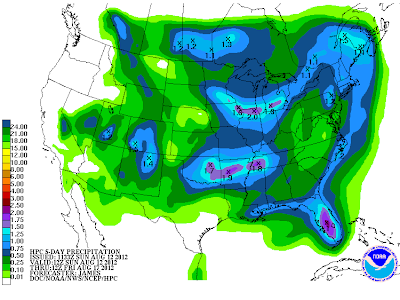 Yesterday was hot and today will be just as hot if not a degree or two hotter. Our National Weather Service Forecast high temperatures today across southeastern New Mexico are generally expected to be in the 100 - 105 range. As is usually the case a few of our local hot spots may see afternoons a little higher than 105.

Temporary relief is on the way in the form of a southward advancing backdoor cold front. This front will continue to push southward and westward into the local area late this afternoon and  tonight. As has been the case with the last couple of fronts that have entered the area recently, the cooling behind this front will be minor, and our local heat will return by the middle of the week with highs in the upper 90's to the low 100's returning.

As the frontal boundary enters the local area later this afternoon and evening, widely scattered thunderstorms will fire along and behind it. A few of these storms may become rather strong and produce damaging wind gusts.

Some of these thunderstorms may also produce locally heavy rainfall that may cause a few localized flash flood problems over, and below some of the recent burn scars in the area. Scattered thunderstorms will continue over the area on Monday, before becoming less numerous by the middle of the week. 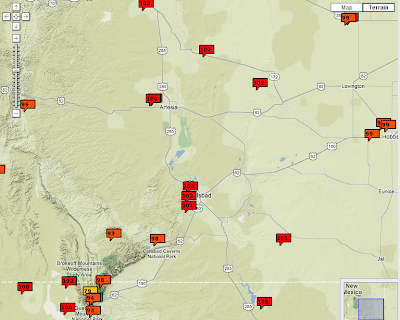 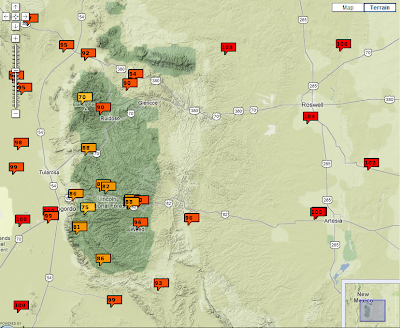 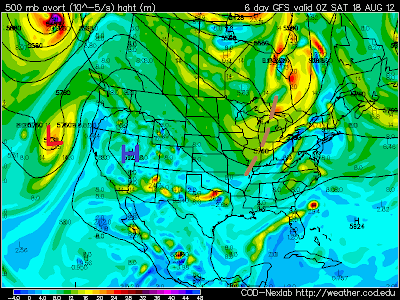 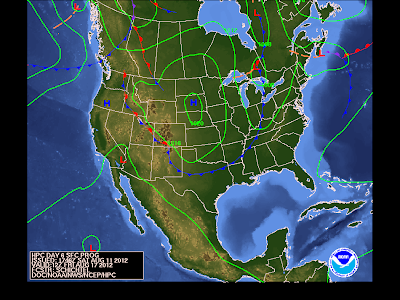 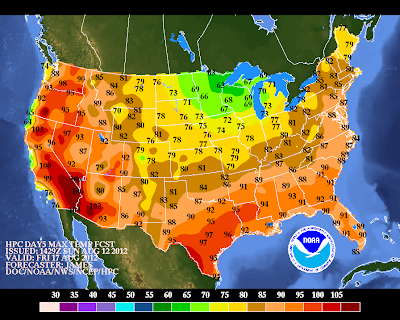 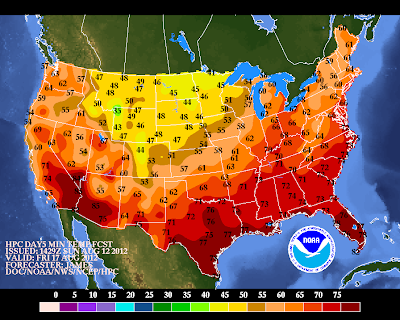 Relief from the oppressive heat that has griped the area, and much of the nation this summer is coming later this week. A strong trough of low pressure is forecast to sweep across the northern tier of states by the middle to end of this week. This trough will kick a strong cold front southward through the heart of the country. Summer is almost over as the meteorological fall begins September 1st, which by the way is only three weeks away.

This cold front will arrive in southeastern New Mexico by around Friday. Cooler temperatures along with a better chance for thunderstorms may be in the cards for us. Some of the remnant moisture from former Tropical Storm Ernesto (now located south of the Baja Peninsula as Tropical Storm Hector), may get pulled northeastward into the Desert Southwest by this mid-upper level trough of low pressure. If this happens our chances for rain would be on the increase late this week if this tropical moisture is able to interact with the strong cold front.

My Web Page Is Best Viewed With Google Chrome.
on August 12, 2012
Posted by Wendell Malone